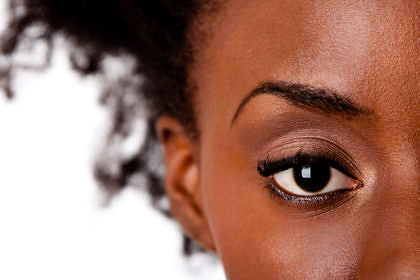 If diabetics had known about the 5 early warning signs of prediabetes, they could have made some effective lifestyle changes to prevent being diagnosed with full-blown type 2 diabetes and all the complications associated with it. According to the CDC, there are more than 29 million people in the United States with diabetes (9.3% of the population). Of the 29 million with diabetes, over 8 million are undiagnosed. That means approximately 1 in 4 people have diabetes and don’t even know it! Another 86 million adults, aged 20 years and older have prediabetes.

Diabetes, the fourth leading cause of death among African American women, is one of the biggest health challenges facing black women today. One in four African-American women older than 55 has diabetes. Genetic traits and the prevalence of obesity contribute to the high risk for type 2 diabetes in the African American community. African American women are also more likely to have more serious complications from diabetes, such as kidney failure and loss of limbs or vision.

According to the American Diabetes Association, prediabetes is defined as a condition characterized by slightly elevated fasting blood glucose levels (100 mg/dl to 125 mg/dl) and A1C levels (5.7% to 6.4%). Prediabetes is considered an underlying etiology of metabolic syndrome, a group of conditions that increase the risk of cardiovascular disease, type 2 diabetes, and premature mortality. Those with prediabetes are at increased risk of developing type 2 diabetes if left unchecked.

Can prediabetes be reversed?

I strongly believe the rate of progression from prediabetes to diabetes can be reversed with effective lifestyle strategies, involving exercise, dietary modifications, reducing inflammation and cellular detoxification.

I discovered I was prediabetic at age 40 after the birth of my second child. I experienced every one of these warning signs of prediabetes since my early twenties. I understood how important it was to reverse my condition naturally, because I knew prediabetes could also put me at a much greater risk of obesity, high blood pressure, heart disease and breast cancer. I have two young boys that depend on me and it became my mission to reverse my condition because I want to be in their lives for as long as possible.

Now I can say, I am no longer prediabetic. I have lost 70 pounds and I am now at a healthy weight. I am more active and feel much better in my late forties than I did in my twenties and thirties. I have turned my pain into power and have made it my mission to help women like you break the chains that bind you to obesity and diabetes.

Diabetes takes years to develop in your body and the earlier you stop it, the better. If you suspect you have prediabetes, have unexplainable symptoms, or have trouble losing weight, keep reading. This information can change your life or the life of someone you love!

What are the 5 early warning signs of prediabetes? 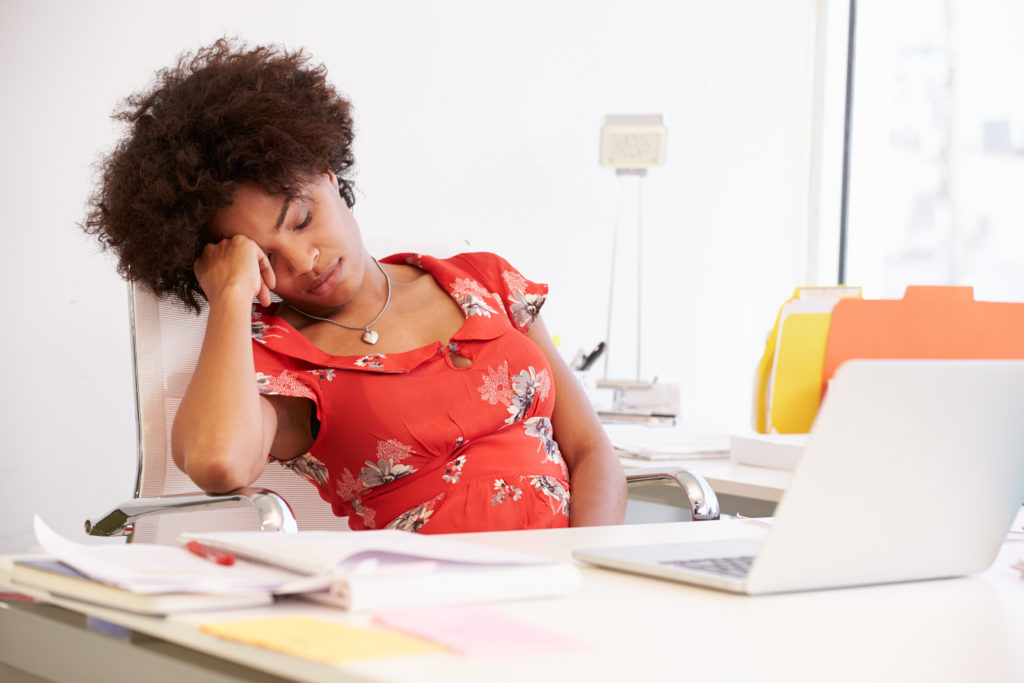 Extreme fatigue is an early warning sign of prediabetes.  You experience constant fatigue, no matter how much you sleep. You wake up not feeling rested or rejuvenated. When you experience fatigue after meals, you may be dealing with reactive hypoglycemia, which is a condition marked by a decline in blood sugar within two to five hours after a meal. This ordeal is caused by abnormal fluctuations in insulin and cortisol and is typically caused by diets high in simple sugars. Reactive hypoglycemia is an early warning sign of insulin resistance and can lead to diabetes if not controlled.

You may be a typical reactive hypoglycemic if you

• miss meals,
• eat food high in sugar,
• have a dependency on caffeine,
• crash from lack of energy in the afternoon,
• crave sweets and salt during the day,
• and have a hard time waking up in the morning, as well as having a hard time sleeping through the night.

You crave sugar all day long, especially after meals. You crave sugar even when you are full. This is beyond just being satisfied with a small piece of chocolate after dinner. You are not satiated until you get a “high”. This temporary high last from a few minutes to a couple of hours, and once you crash, you crave more to get that high again. 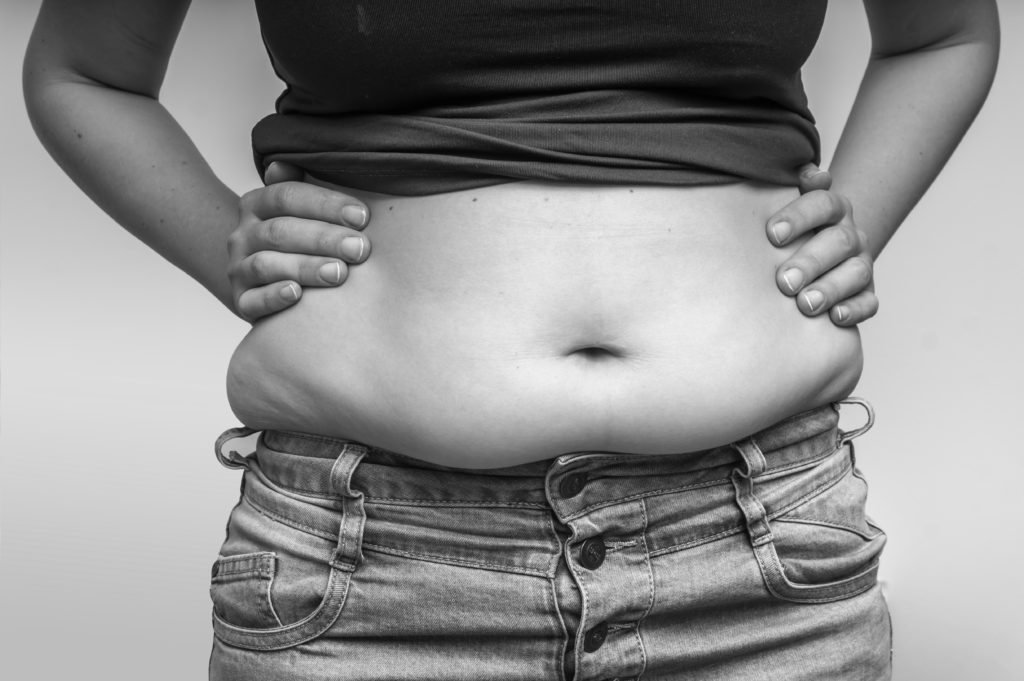 This is what typically gets your attention first, despite other symptoms you may have, especially if you were thinner when you were younger. Even though you experienced the sugar cravings and the fatigue, weight wasn’t an issue until your late thirties or early forties. This is due to insulin resistance that has been developing over time. Because your body is unable to pull glucose into the cells for energy, excess levels of glucose build up in the blood. With nowhere else to go, the body turns this extra energy into stored fat. This explains why women with insulin resistance gain weight easily and have low energy.

This is due to cellular inflammation and destruction. Cells are involved in every function of your body, so symptoms such as headaches, stomach aches, lower back pain (especially when you wake up in the morning), tingling and numbness in the feet are indicators of premature damage to your cells. Sugar is one of the major causes of cellular inflammation. With excessive sugar intake, the insulin receptor gets overworked and eventually dies. The cell can no longer hear insulin. That is what type 2 diabetes is—the body’s inability to hear insulin, not produce insulin. But in today’s medical treatment, medications are used to beat the pancreas into producing more insulin, when the problem is in the cell. High insulin levels drive inflammation further, eventually leading to more pain and will further the progression of diabetes.

So, in order to get well, this vicious cycle has to stop. In order to get well we have to restore sugar metabolism and stop the insulin surges. The sooner you get a handle of this inflammatory process the better. This process takes time. You didn’t become prediabetic overnight, so you can expect to reverse it overnight. Reversing my prediabetes and losing weight required recognizing the early warning signs of prediabetes, a diet in healing foods that were higher in healthy proteins and fats and low in simple carbohydrates, high intensity exercise and true cellular detox. Proper healing requires not only time, but a multi-therapeutic approach that focuses on healing the whole body and not just treating the symptoms.

If you are experiencing any of the 5 early warning signs of prediabetes and you would like to learn more about how to reclaim your health, I would like to invite you to a free 30-minute breakthrough call. This will give you the opportunity to speak with me one-on-one regarding you condition and to see if our lifestyle approach is right for you.

To learn more, sign up here and you will receive access to my schedule to set up a time that works for you.

I look forward to connecting with you! 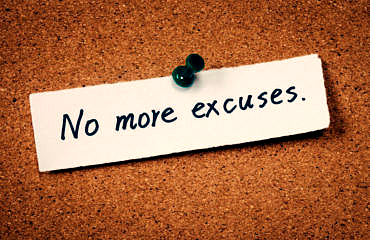 Are Excuses Keeping You From Achieving Better Health? 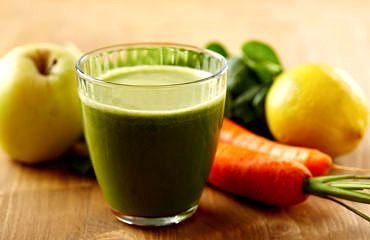 Is Juicing Good For You? 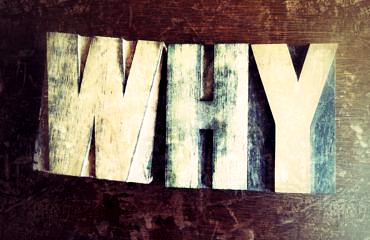 Will Your WHY Get You What You Want?