The Unspoken Truth About Diabetes

The Unspoken Truth About Diabetes

It happens every day. Someone goes to the doctor’s office for a routine exam or for a recurring symptom and is told that he or she has diabetes or pre-diabetes. When doctors give these diagnoses, they almost always prescribe a lifelong medication regimen, encourage the patient to eat healthy and exercise and give little other instruction or encouragement. There are people who would be satisfied with this level of care and proceed to live the rest of their lives on a medication that may or may not help them live a longer, healthier life. They might even feel relieved that there was a reason for their symptoms and a “solution” to fix them. There are others, however, who want a better solution. They don’t just accept the diagnosis of diabetes as inevitable, and they want to fight it. They are willing to make major lifestyle changes and try new innovative approaches in order to heal themselves. They do not want to live the rest of their lives with diabetes.

Diabetes accelerates the aging process significantly. Diabetic medications can combat this to a degree by lowering blood glucose levels in the body; however diabetics have a much higher rate of heart disease, neuropathies, blindness, dementia and a host of other illnesses despite this medical intervention. The medications, themselves, however, can also be toxic and have been linked to heart disease, obesity, cancer and a myriad of other side effects.

However, there is hope! There is an unspoken solution, and it is backed by science. It is found in God, who is the Creator of the human body and the Author of life itself. He has given each one of us the ability and the power to heal ourselves, and I have seen this lived out in hundreds of the people I have coached.

Studies have shown that 75-85% of type II Diabetics can reverse their disease with permanent lifestyle changes, and one-third of all of the cases of diabetes are caused by toxins in the body and the cells. Therefore, by bringing these two ideas together, we can change the body’s make-up and truly heal it. It is the process of adopting a healthy lifestyle with good foods and the right kind of exercise along with the complete removal of bio-cellular toxins. There are many doctors around the country who are beginning to use this method with much success. It is called cellular healing and true cellular detox.

Cellular inflammation is the true cause of diabetes and many other unhealthy body conditions and illnesses. I am not referring to the inflammation that occurs in a twisted or sprained ankle, but the type of inflammation that occurs within the individual cells throughout the entire body. When the body’s cells are inflamed, toxins can’t get out and oxygen and other nutrients can’t get in. Therefore the cells become dysfunctional, and toxins build up and can lead to disease and even death. Hormone receptors also dysfunction and block their normal communication to the brain. This is called hormone resistance and is the cause of glucose building up in the blood stream and leading to diabetes.

The three causes of cellular inflammation are bad fats, elevated glucose and toxins. The Cellular Healing Diet addresses bad fats and elevated glucose. Toxins will be addressed in a later article.

The Diabetes Association recommends a low-fat diet, but this has actually been recently shown to contribute to the development of diabetes. Cell membranes are made up of fat, and recent studies have shown that cholesterol and saturated fats are needed for cell rejuvenation and healthy hormone function. In December 2001, a Harvard study showed a decrease and improvement in diabetes when test subjects ate a high fat diet which included meats and dairy products. Another Harvard study in 2009 showed that atherosclerosis progressed more slowly in test subjects who ate a diet high in saturated fats. This just goes to show that the low-fat diet the government recommends for diabetes control, weight loss and other health purposes goes directly against recent scientific research. It seems that if you just do the opposite of what the Diabetes Association recommends, you will be much less prone to diabetes.

Another contributor to cellular inflammation is whole grains. It has been shown that two slices of whole grain bread raise blood sugar levels to the same degree as a 12 ounce can of soda pop. Dr. William Davis who wrote the book “Wheat Belly” explains that during a process called hybridization, wheat actually became a super sugar and contains Amylopectin A which has been shown to raise blood sugar even more than table sugar. This super sugar causes cellular inflammation and, therefore, contributes to diabetes. Wheat also contains gluten which has been shown to contribute to celiac disease, irritable bowel syndrome, migraines and weight gain. Again, we are told to eat plenty of whole grain breads, cereals and oats, which is exactly the opposite of what we should be consuming. Americans now consume about 60% of their daily calories in whole grains, thereby contributing to the diabetes epidemic as well as obesity problems.

Diabetics have always been told to eat less sugar. Many of them have substituted artificial sweeteners in order to satisfy their sweet tooth. However, artificial sweeteners are much more damaging to a diabetic than actual sugar. They cause leptin and insulin resistance in the body and are actually toxins in and of themselves. They are referred to as excitotoxins. These artificial sweeteners cause more inflammation in the cells and therefore cause significant weight gain as well as diabetes and other diseases. If given a choice between diet soda and regular soda, (I don’t recommend either), the regular soda would be less detrimental to the diabetic or anyone wanting to lower the levels of cellular inflammation in the body.

As I explain toxins in more detail in the future, you will discover the greatest causes of cellular inflammation and their contribution to diabetes, and I will offer you an exciting and innovative solution. 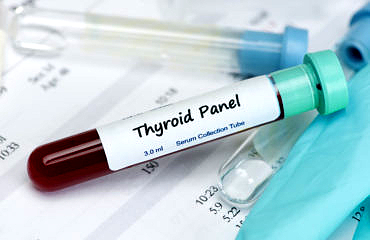 It May Be Your Thyroid!

Freedom is in the Process